About his success Robin had no idea he was going to do so well in this award and wasn’t thinking about it all (rather just focusing on passing his exams), […] 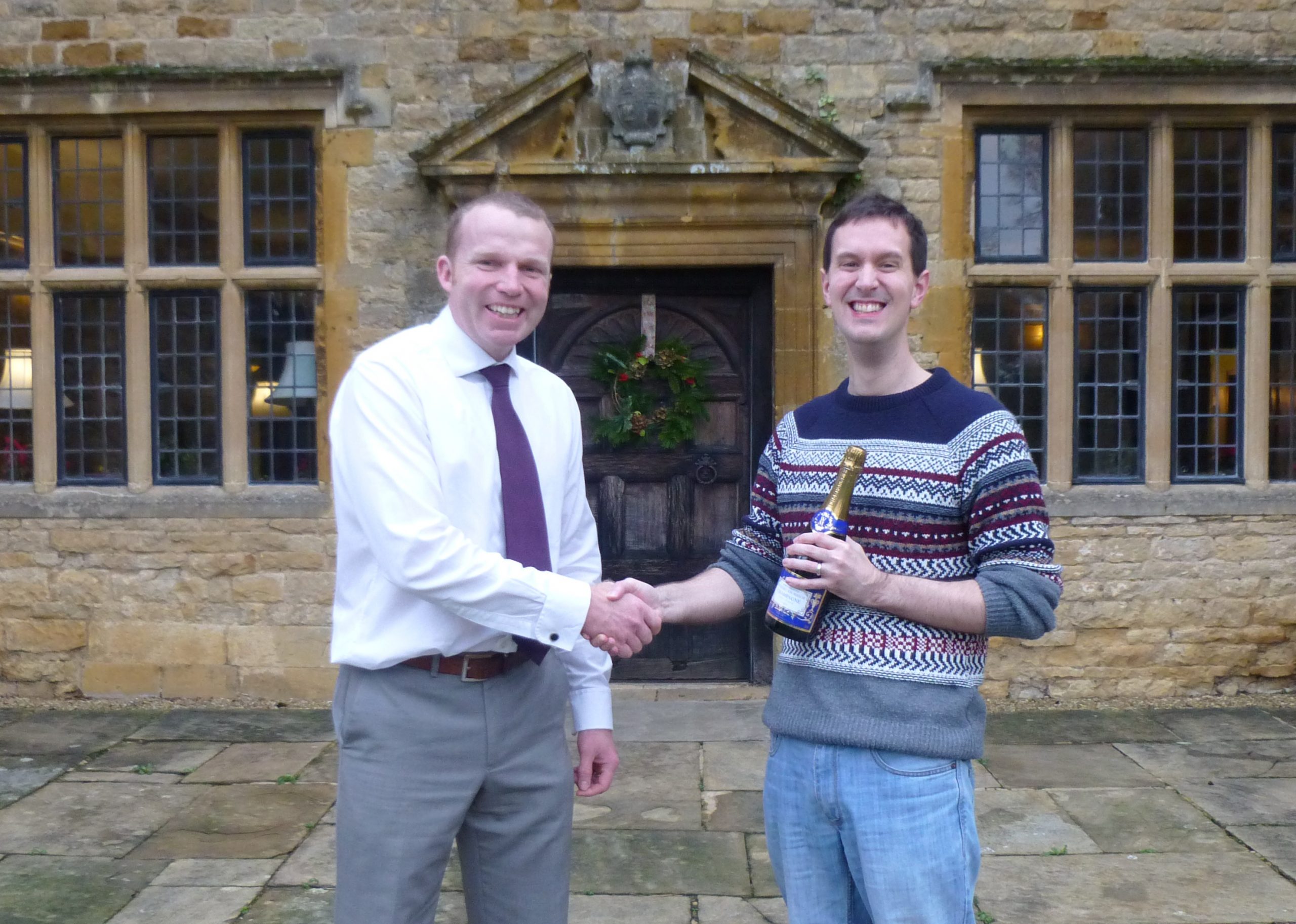 Robin had no idea he was going to do so well in this award and wasn’t thinking about it all (rather just focusing on passing his exams), so was really surprised when he started getting messages of congratulations from colleagues months after his actual exam results. Still, he was really pleased!

Robin was a great believer in studying “a little and often” to be prepared and keep his head in the game consistently. That approach made him feel like he was getting through the material quicker, which in turn had a positive effect on his morale. As well as his formal studies at the Reed Business School he’d put in a couple of hours a couple of evenings a week, and would ramp this up towards exams.

He didn’t engage with his peers in discussions and conference calls that much, preferring to just get his head down and focus on it himself, and being a little bit more mature he knows that this is how he works best.

In the run-up to exams he’d take a whole week off work and focus largely on questions from the bank, as he wanted to focus on the practical side, and believed this was the most useful preparation he could do. He’d check his answers against the material available to see where he went wrong in order to improve for the next one. He’d also make sure the notes he took into the exam with him were as concise and useful as possible.

Before he started training, Robin worked in a university lab. But deciding he needed a change, he thought he’d try out working in and studying finance, though he had no clear goal or plan at the time. When he joined Francis Clark on a training contract he was more focussed on getting his training complete and worrying about a specific career plan later.

He currently works in audit, which he enjoys and says has great variety when considering the client groups he manages, and the exposure to different types of accounts he looks at, from medium-sized businesses to charities and academy schools. He also enjoys the team aspect of the role, and the supportive environment nurtured by the company when out on the job.

He believes his firm, have been great in supporting him so far and is very happy to stay there. His immediate challenge is adapting to his promotion as Manager.

Alongside his formal studies with Reed, he’s also been undertaking more professional development at work. In particular, he’s gained general broader skills in management, as well as looking at personality profiling, giving him a better understanding of how he and his colleagues like to work, learn and interact with others.

About the challenges he faced

Studying an intense programme like this over a number of years is never easy, and Robin’s path often saw him take a number of exams in very close succession which was tough for him mentally. Couple that with a job that involved him spending a lot of time on the road, all the travel to and from the Business School, and the impending arrival of his new son, Robin really had to keep his head in the game to consider the short-term sacrifices for the long-term gain.

Robin believes the structure of the course worked really well over the course of each module, and that it is a really nice place to study for a week at a time. He found the classes really useful – a mix of worked examples, giving numbers, how to prepare financial statements, analysis and practice. He liked how they were very skills-based in relation to real-life situations, explaining the actual process and where you should have gone with it.

The school gives a nice amount of time one on one time with tutors, with more if you want it over lunch breaks etc. As it is so skills-based and individual, it’s great to get a lot of personal attention.

He says the school is great at marking work and giving feedback, and on the whole believes they prepare you really well for exams.

Simply, he’d describe Reed Business School as supportive, high quality, and with the perfect ambience for study. With it being out in the countryside it allows students to have a complete break from their day job in the perfect study environment.

About the success of students in the south west

Robin makes it clear that what he says is purely speculation, but he believes that in his region (when compared to London), trainees probably get exposure to far more different areas of business and types of business, rather than specialising in one specific area like he assumes they would in London. He believes that having a broader knowledge and experience of finance and different business types is more useful both for the exams and understanding of the industry as a whole.

His advice to new/current trainees

Focus on learning the basics and fundamentals of your job. He says it can be very tempting to not ask questions – at work or in class – as you don’t want to look stupid, but you should definitely ask for help when you can, as it will help you in the long run. You’ll soon understand and then be able to help other trainees as they come through behind you.

In relation to study, he says don’t feel guilty about the level of work you have/haven’t done. Agree with yourself what you’re going to do each session (even if it’s just something small), and make sure you stick to that. Just always keep it ticking over.