Exams, pitches, interviews, personal goals. Sometimes they don’t go the way you want, and as junior accountants it can seem like you have more than your fair share of challenges […] 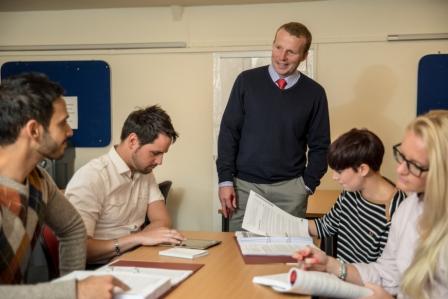 Exams, pitches, interviews, personal goals. Sometimes they don’t go the way you want, and as junior accountants it can seem like you have more than your fair share of challenges and knockbacks.

Most of us know that failure is a reality of life, and at some level we understand that it actually helps us grow. And it’s good for us to remember that some of the greatest achievers – past and present – have all experienced multiple setbacks and failures in their lives too. But still, we hate to fail.  We fear it, we dread it, and when it does happen, we hold onto it.  We give it power over our emotions, and sometimes we allow it to dictate our actions.

Following our post previusly about the CIMA MCS results, we thought it pertinent to share some thoughts for everyone about dealing with knockbacks and learning to move on.

It’s important to separate your failure from your identity. Just because you didn’t pass the exam or get the job doesn’t mean you as a person are a failure. Decisions about your technical competencies, experience, or the way you were able to specifically articulate them in a constrained set of time tend to be made on the basis of that interaction and nothing else. So, someone else did better than you at one thing at one time – you just have a little bit more work to do on those specific skills for next time. Compare yourself in any other context and you’re probably easily their equal, if not superior.

Learn when to move on

Obsessing and getting worked up over your failure will not change the outcome. You cannot undo what’s done, but you can shape what happens next. The faster you take a positive step forward, the quicker you can leave your negative thoughts behind. But do listen to your own mind and body first, so you can move on at the right time.

Some people have a ‘24-hour rule’ policy, allowing them to dwell or commiserate over any failures in that time and that time only. Some allow themselves just 10 minutes of rage before moving on, while bigger setbacks may require significantly longer. Whichever approach you may feel is best for you, set that deadline of when you’ll be back on your feet and then stick to it. Avoid making big decisions in your ‘dwelling period’ but take the time you need to sweat it out and get your head together. Once you’re back in the game, be fully back and ready to go.

When you’re ready to be objective, look at your failure analytically and gather what feedback you can. Why did you fail? What might have produced a better outcome? Was the failure completely beyond your control? After gathering the facts, step back and ask yourself, what did I learn from this?  Think about how you can apply this newfound insight going forward.

Thomas Edison reportedly failed 10,000 times while he was inventing the light bulb. He was quoted as saying, “I have found 10,000 ways something won’t work. I am not discouraged, because every wrong attempt discarded is another step forward.” And while he may not have had a disgruntled employer breathing down his neck and demanding results, we do encourage you to take a positive, proactive mindset where you can.

Release the need for approval of others

Often our fear of failure is rooted in our fear of being judged and losing others’ respect and esteem. We easily get influenced by what people think and say about us. Remember, this is your life, not theirs.  What one person considers to be true about you is not necessarily the truth about you, and if you give too much power to others’ opinions, it could douse your passion and confidence, undermining your ability to ultimately succeed.

You may have a fairly vocal critic in your life – a parent, partner or colleague – and while their impression of you maybe be very important to you, ultimately you’re the only one you need to be at peace with. Sort things out in your own head, and everything else will fall into place.