What should UK accountants be earning in 2018? - Reed Business School
Back

What should UK accountants be earning in 2018?

As we accountants adjust to the new financial year – with its new tax plans, schemes and calculations – we may also find ourselves appraising our own financial worth, and […] 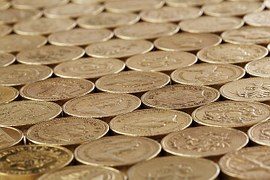 As we accountants adjust to the new financial year – with its new tax plans, schemes and calculations – we may also find ourselves appraising our own financial worth, and whether there are any adjustments we can make to maximise our personal profitability. As luck would have it, various studies and reports on this subject also come out at this time of year, giving us an indication of how much we should be getting paid for the work we do. So, this week we’ll be talking about salaries and career prospects.

Depending on whose figures you look at, the average salary for an accountant in the UK is approximately £60,000-£65,000 a year. The average just for part-qualified accountants, however, is £25,000-£30,000, with variations dependent on gender, location, level, company size, and sector.

Last year we blogged about gender pay gaps as revealed by some of the big four ahead of the new regulations to publish this information. Across the profession, however, it seems there is still significant work to be done, particularly at more senior levels. The average gender pay gap in accountancy is approximately of 21%, compared with a national average of 18%.

Further up the tree, in roles such as manager or team leader, the gender pay gap is an average of £12,000, increasing to £15,000 for Financial Controller or Partner level positions.

Other factors to consider

Unlike many professions, career progression is quite transparent within accountancy, and salaries generally reflect seniority and experience with perfect positive correlation.

The average salary for part-qualified accountants is £28,000 which is an excellent incentive for those starting out, while salaries tend to rise by an average of £10,000 upon qualification. Experienced level accountants in roles such as team leader and senior associate could expect to earn up to £60,000 a year, while those who achieve roles such as Finance Director, Financial Controller, or Partner can expect a basic average salary of £75, 000 plus additional financial benefits.

Salaries fluctuate quite significantly between regions. London accounting jobs are paid the highest in the UK with an average of almost £80,000, compared with the overall average of £62,000. In contrast, Wales has the lowest average salary for accountants at £41,000.

A final thought on fairness

Believe it or not, the majority of accountants believe their overall remuneration is below average, and that they could probably get a better deal elsewhere – especially women. Yet in saying that, 60% of you think your salaries are fair.

If you’d like to discuss a potential career move with a salary package that’s more in line with your expectations and experience, then our friends at Reed Accountancy would be more than happy to speak to you. Alternatively, knuckle down and pass your exams, and wait for the cash to come rolling in!