Individual Liberty, and what it means in 2020 - Reed Business School
Back

Individual Liberty, and what it means in 2020

Firstly, let us wish you all a happy new year. At this time, it’s good to look ahead and set goals and plans for the year, and we hope you […] 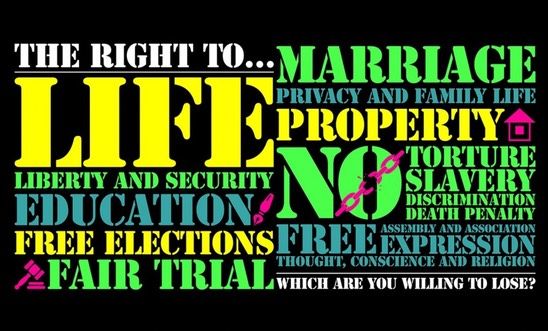 Firstly, let us wish you all a happy new year. At this time, it’s good to look ahead and set goals and plans for the year, and we hope you achieve whatever it is you set out to do.

For our first blog of 2020, we’re looking at the final British Value – Individual Liberty – which is a somewhat fitting way to begin the year with regards to the power each of us has to determine our own futures in the coming months. But what does ‘individual liberty’ really mean?

Britain, like other developed nations, values its citizens’ abilities to make their own choices – to a certain extent. As long as we respect the other British values (which we’ve previously discussed) and the rights of others, then we are generally free to pursue our ambitions, and follow our own volition.

Questions are often raised as to whether individual liberties are the same as human rights, and often the terms are used interchangeably. It could be said that human rights are fundamental principles which allow one to lead a dignified life, free from discrimination and violence — such as the right to free speech, or the prohibition of torture. The specific freedoms granted by a state to its citizens with the aim of protecting those rights are often called civil liberties.

Officially everyone in the world has the same rights: human rights. In 1948, the UN adopted the Universal Declaration of Human Rights (UDHR), declaring it a “common standard of achievement for all peoples and all nations”. The document establishes principles such as the right to an adequate standard of living, the freedom from arbitrary arrest and the right to privacy.

Yet while the UDHR forms the basis of many international treaties, it has no real legal force. It came about following the horrors of World War Two, when governments around the world wanted to make sure that these atrocities never happened again. However, every country sets its own laws about what their people can and cannot do.

In 21st Century Britain, we enjoy many individual liberties that have been fought and negotiated for for centuries. Some of these include: the freedom to vote for whoever we like, the right to be able to move around the world freely, the right to free speech, and the ability to spend time with anyone we choose. These rights are fundamental to democracy, which is underpinned by the rights to vote, speak and associate freely.

While we may take many of these rights for granted, they have developed over time, with a few important milestones along the way.

Perhaps the first really significant moment dates back to the signing of the Magna Carta in 1215, which included rights like the freedom from arrest with no reason. Another important step was the 1689 Bill of Rights, which set down the freedom from “cruel and unusual punishment” and the freedom to protest, among other freedoms.

Slavery was abolished in the British Empire in 1833, voting restrictions were lifted throughout the first half of the 20th Century, while sex between men was decriminalised in 1967.

How are individual liberties protected?

The UK Government respects the basic principles of the UDHR, though adds more specific detail with individual policies. The European Convention on Human Rights was incorporated into British law in 1998, in the form of the Human Rights Act.

There has, however, been some controversy over the act in recent years. As Home Secretary, Theresa May wanted to scrap it, arguing that it was too limiting, stopping Britain from dealing effectively with foreign criminals or suspected terrorists (the Act blocked their deportation).

And now, depending on what happens with Brexit over the coming months and years, there may be further changes to how individual liberties are enshrined in law. This is one area that will undoubtedly cause a lot of interest during the negotiations, so watch this space for more details.